A Master's Manual of Tools and Techniques for the Home and Market Gardener, 30th Anniversary Edition

Since its original publication in 1989, The New Organic Grower has been one of the most important farming books available, with pioneer Eliot Coleman leading the charge in the organic movement in the United States. Now fully illustrated and updated, this 30th Anniversary Edition is a must-have for any agricultural library.

Eliot Coleman’s books and innovative methods have helped innumerable organic farmers build successful farms in deep accordance with nature. The wisdom in this seminal book holds true even as the modern agricultural canon has grown—in large part due to Coleman’s influence as a wise elder with decades of experience. New information has been included in this edition to showcase the new tools and techniques that Eliot has been developing over the last thirty-five years.

Inspired by the European intensive growers, The New Organic Grower, 30th Anniversary Edition, offers a very approachable and productive form of farming that has proven to work well for the earth and its stewards for centuries. Gardeners working on 2.5 acres or less will find this book especially useful, as it offers proof that small-scale market growers and serious home gardeners can live good lives close to the land and make a profit at the same time. The New Organic Grower is ideal for young farmers just getting started, or gardeners seeking to expand into a more productive enterprise.

New material in this edition includes:

“I was interested in the environment, farming, science . . . and there was Eliot’s book lying on the shelf. I remember grabbing it, and I just FELL IN. . . . I remember reading it like it was the Bible.”—Dan Barber, chef

"This 30th anniversary edition of a foundational book on small-scale organic growing has been revised and updated to reflect the changes that have happened in those intervening years. Organic food is now mainstream, growing a home food garden is commonplace, and author Coleman has developed new techniques; all of these elements are reflected in the new content which clarifies and expands on the original (1989) and second (1995) editions. While it is written with a small-scale organic farmer in mind, the information included will be highly relevant to home growers as well, especially those starting from scratch and looking to formulate a plan. Starting with a brief agricultural history and moving through virtually every element a small-scale grower would need to consider, this book is an easy-to-read, easy-to- use expert’s guide. Appendixes include several paragraphs each on more than two dozen of the most commonly grown (in the U.S.) types of vegetables, the USDA North American Hardiness Zone Map, a schematic outline of biological agriculture, recommended tools and suppliers, and an annotated bibliography."

“One of America’s most innovative farmers.”—Michael Pollan

“Eliot Coleman’s book will help market gardeners establish the vital and profitable link between farm and city. Every small-scale grower and serious gardener should have a copy.”—Robert Rodale

“[Coleman] writes not just about gardening but about everything that connects to good food and pleasure; a Renaissance man for a new generation.”—Dan Barber, chef, Blue Hill and Blue Hill at Stone Barns

“I know of no other person . . . who can produce better results on the land with an economy of effort and means than Eliot. He has transformed gardening from a task, to a craft, and finally to what Stewart Brand would call ‘local science.’”—Paul Hawken, author of Blessed Unrest; editor of Drawdown

“Anybody seriously tempted to try . . . raising healthful food on healthy land . . . must first read The New Organic Grower. Coleman, who has been a quiet leader in the American organic movement for several decades, presents a balanced, logical exposition of his subject.”—Horticulture

“Every page is imbued with the wisdom and careful observations [Coleman] and his associates have gathered; from soil structure to ‘mobile greenhouses’ . . . each method is thought through to its ultimate impact on the earth and on economic survival.”—Library Journal

“This is the best book on small-scale farming I’ve read in years.”—Pat Stone, Mother Earth News

“From first sentence to last, [The New Organic Grower] is a delight—an earnest guide written with an impish sense of humor. It will refresh anyone who wants to get the most from a vegetable garden yet doesn't want to devote too much time and energy to the process.”—Publishers Weekly

“Coleman conveys a vast amount of detailed information without ever insulting the intelligence of the reader. He speaks as if to a fellow home or market gardener, sharing what works for him and discussing what he knows and what he doesn't know. The New Organic Grower will be the book you dog-ear and feather with yellow sticky pages, returning to it time and again.”—San Francisco Chronicle 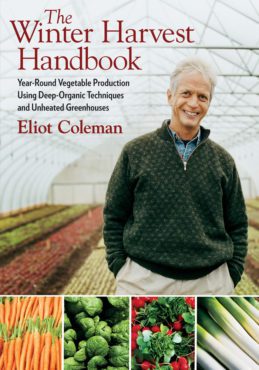 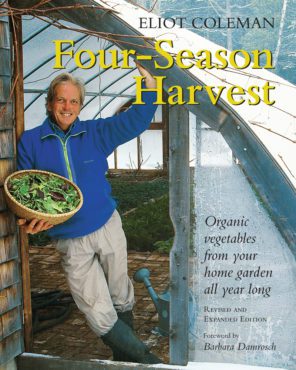 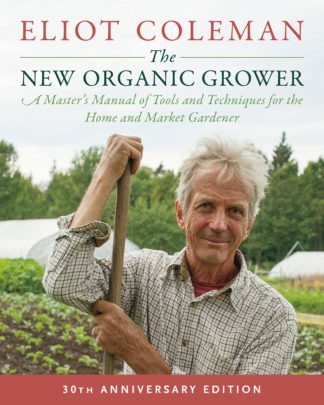 You're viewing: The New Organic Grower, 3rd Edition £22.50
Buy Now
We use cookies on our website to give you the most relevant experience by remembering your preferences and repeat visits. By clicking “Accept”, you consent to the use of ALL the cookies.
Cookie settingsACCEPT
Manage consent