A History of Electricity and Life

5g is being rolled out across the country, despite growing evidence that it is disruptive to our health, our safety, and the environment. The Invisible Rainbow is the groundbreaking story of electricity as it’s never been told before—exposing its very real impact on the biosphere and human health.

Over the last 220 years, society has evolved a universal belief that electricity is ‘safe’ for humanity and the planet. Scientist and journalist Arthur Firstenberg disrupts this conviction by telling the story of electricity in a way it has never been told before—from an environmental point of view—by detailing the effects that this fundamental societal building block has had on our health and our planet.

In The Invisible Rainbow, Firstenberg traces the history of electricity from the early eighteenth century to the present, making a compelling case that many environmental problems, as well as the major diseases of industrialized civilization—heart disease, diabetes, and cancer—are related to electrical pollution.

“Few individuals today are able to grasp the entirety of a scientific subject and present it in a highly engaging manner . . . Firstenberg has done just that with one of the most pressing but neglected problems of our technological age.”—BRADLEY JOHNSON,MD, Amen Clinic, San Francisco

“Few individuals today are able to grasp the entirety of a scientific subject and present it in a highly engaging manner, in plain English, without losing any of the details. In The Invisible Rainbow, Firstenberg has done just that with one of the most pressing but neglected problems of our technological age. This book, which as a medical doctor I found hard to put down, explores the relationship between electricity and life from beginning to end: from the early eighteenth century to today, and from the point of view of the physician, the physicist, and the average person in the street. Firstenberg makes a compelling case that the major diseases of civilization—heart disease, diabetes, and cancer—are in large part related to the pollution of our world by electricity.”—Bradley Johnson, MD, Amen Clinic, San Francisco

“The Invisible Rainbow is wonderful. Firstenberg has done his research thoroughly. His book is easily readable and provocative while being entertaining. A remarkable contribution.”—David O. Carpenter, MD, director, Institute for Health and the Environment, School of Public Health, State University of New York at Albany

“I found it to be a mystery unfolding and could not put it down. It shines a new light on diseases that come from electrical development, and addresses current environmental crises that only a few yet realize are the consequence of electrosmog. This book is very, very important.”—Sandy Ross, PhD, president, Health and Habitat, Inc.

“I was stunned by this book. It is an extremely valuable document about an increasingly widespread environmental health risk to which we are all exposed. I am overwhelmed with admiration for what Firstenberg has accomplished.”—William E. Morton, MD, DrPH, professor emeritus, Oregon Health Sciences University

“Firstenberg is a pioneer in the sense that Rachel Carson was a pioneer.”—Chellis Glendinning, PhD, author of When Technology Wounds 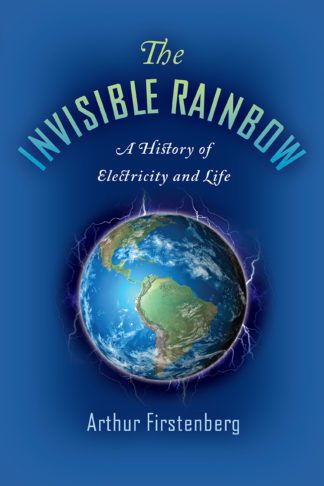 You're viewing: The Invisible Rainbow £18.99
Buy Now
We use cookies on our website to give you the most relevant experience by remembering your preferences and repeat visits. By clicking “Accept”, you consent to the use of ALL the cookies.
Cookie settingsACCEPT
Manage consent