Recipes and Techniques for Cooking Deer, Elk, Moose, Antelope and Other Antlered Things

This is not your father’s venison cookbook. Buck, Buck, Moose is the first comprehensive, lushly photographed, full-color guide to working with and cooking all forms of venison, including deer, elk, moose, antelope and caribou. Buck, Buck, Moose will take you around the world, from nose to tail. The book features more than 100 recipes ranging from traditional dishes from six continents to original recipes never before seen.

You’ll also get thorough instructions on how to butcher, age and store your venison, as well as how to use virtually every part of the animal. Buck, Buck, Moose also includes a lengthy section on curing venison and sausage-making. Peppered throughout are stories of the hunt and essays on why venison holds such a special place in human society. Venison is far more than mere food. It is, in many ways, what made us human.

"There is no reference that celebrates the outdoor lifestyle and dedication to responsibly harvesting everything antlered like Buck, Buck, Moose. As a chef and outdoors enthusiast I have been searching for a complete guide from hunt to table. It has now arrived."--Bryan Voltaggio, Top Chef finalist, deer hunter and James Beard Award nominee

"I've lived on a cattle ranch for twenty years, so venison in all its forms has always been a bit of a mystery to me. For that reason, I devoured every page of Buck, Buck, Moose. Hank Shaw lives, sleeps, eats, and breathes venison--and his passion is palpable. From laying out the ancient connection between man and deer to presenting clear, hands-on instructions for handling and cooking venison, no stone is left unturned. Hank has absolutely outdone himself, and I know this book will be enjoyed by venison enthusiasts and novices alike."--Ree Drummond, New York Times Bestselling author of The Pioneer Woman Cooks

"All of the serious hunters that I hang around with -- and I hang around with a lot of them -- use Hank Shaw's wild game recipes. His stuff is authentic, fail-safe, and well-written. They oughta give this man a Nobel prize."--Steve Rinella, author and host of “Meateater” on Sportsman Channel 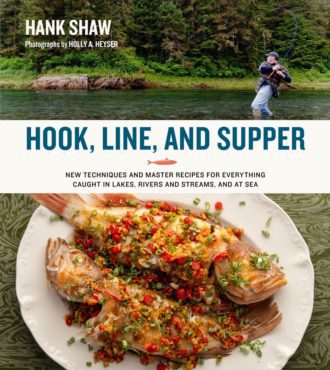 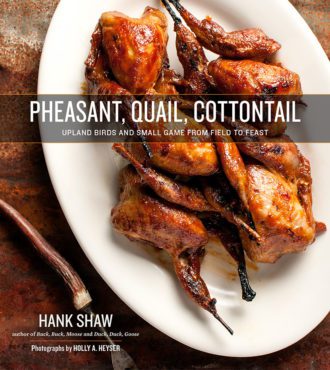 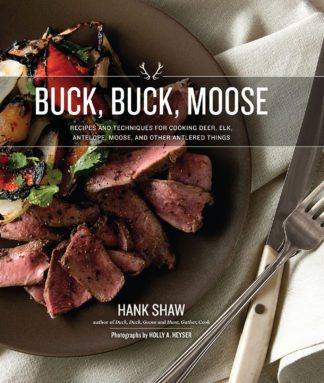 You're viewing: Buck, Buck, Moose £23.50
Buy Now
We use cookies on our website to give you the most relevant experience by remembering your preferences and repeat visits. By clicking “Accept”, you consent to the use of ALL the cookies.
Cookie settingsACCEPT
Manage consent